There have been a few controversial articles about Lululemon and their size offerings in stores in the last few days. I thought that it must be a really slow news day for these articles to get any attention.

Apparently, it all started with some so-called Lululemon insider, some person who worked for four months at a Philadelphia store in 2011, who claimed that Lululemon’s strategy is to shun plus sized shoppers. She claimed that the larger sizes, 10 and 12 (large and extra-large) were put in the back, hidden and crumpled. She also claimed that they were only past styles available, too.

So why is she speaking out two years later? And why did she only work there for four months? Was she feeling so indignant about how plus size shoppers were being shunned that she decided to quit? Really? Or was she fired?

Today, this is what I found in the store I go to most often. The larger sizes were not hidden in the back nor were they crumpled. They were all represented with the most current styles, too. All of the other stores that I have been to have the same set up. (in Canada and the US) 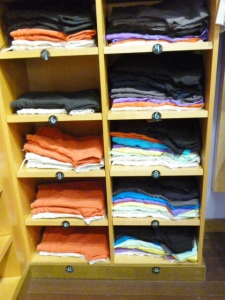 Lululemon Recent Controversy Over Plus Size Offerings in Stores 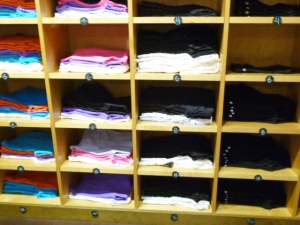 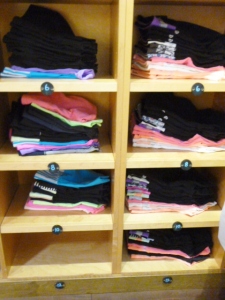 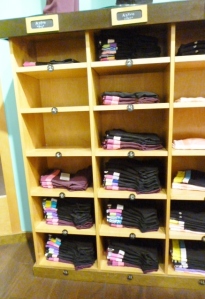 I checked the racks as well, and was able to find all styles in pretty much all sizes. 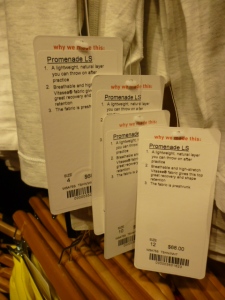 With the jackets, I found that there were more larger sizes than the smaller ones.

Here are the ladies and mens sizing charts. 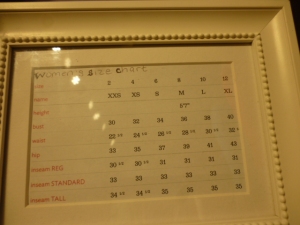 Here are the mens. There are plenty of L, XL and even XXL. 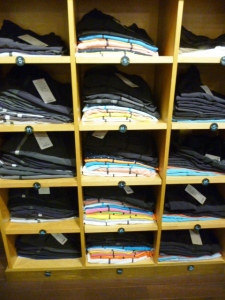 After that, there were outraged people who said that they hated Lululemon because they didn’t offer plus size offerings in their stores. To tell you the truth, I was surprised that there was such anger and indignation. One in particular, was a size 18 yogi who was incensed and said that Lululemon could kiss her fat a$$. I couldn’t believe that somebody could be so angry about a company. With all the problems in the world to be outraged about, she chooses to express her anger about a clothing company! I feel really sorry for her.

Okay, I don’t know about that Philadelphia store, but I have been in the Vancouver Lululemon stores for years and I have always seen size 10 and size 12. There have sometimes even seen size 14 available. In mens sizes, there are plenty of size L, XL and XXL. If anything, my petite friends have complained that the size 2s were too big and they wished that they could get smaller clothes. (Lululemon opened an Ivivva store that carries girls sizes and I know some adults who buy from there). Will there be as many outraged bloggers complaining that Lululemon doesn’t provide enough small sizes? I doubt it.

How are plus size people able to wear Lululemon? Well, as many people have commented on different forums, some styles are fairly loose-fitting. I have been able to fit into size 6 in some pants and some size 12 depending on the style. Some items are made of fabric that has more ‘give’ and others are more tightly knit.

I guess I’m obviously biased about my opinion about those articles. Would I be as outraged and angry if I couldn’t fit into Lululemon clothes? Well, I would like to think that I would accept the fact that there will always be some stores which will not offer my size and look for a store that does.

What do you think? Do these people have a valid point?